Time for me to start cleaning out my inbox of all the Summer training reports.  This year we had a bunch of Cadets on CULP trips, Army internships, and other summer training.  I always love sharing these each year because it highlights the incredible things our Cadets do, and it highlights what we emphasize here at Clarkson University and the Golden Knight Battalion.

We’ll start out this year’s reports with the newly married Cadet Battalion Commander Kerri Temme, formerly known as Cadet Boyer.  Her trip demonstrates that you should always expect changes in the Army and you should never let a change get you down, because it often leads to an unexpected win.

In December 2016, I was notified that I was awarded the opportunity to embark on a Cultural Understanding and Language Proficiency (CULP) mission to Cambodia. I have never been to Asia before but had read a lot about the region and was ecstatic for the mission. When our mission was changed in February to Tanzania, I was not as thrilled for I had just been to Africa the summer before and thought I knew all I needed to know about their culture. However, when I started the homework and began researching Tanzania more and more, I realized that the culture and structure of Tanzania was completely different from my prior experience. For instances, instead of the nation being broken into tribes, the government combined all the tribes in Tanzania and united them under one flag and enforced one language, Swahili. I expected to work solely with their military and learn only about their military and the structure of their government. My reality was different. 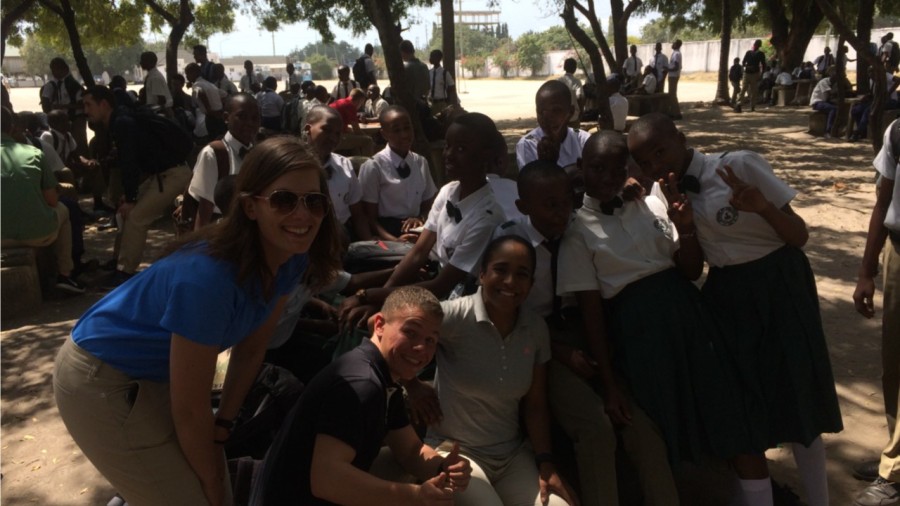 Upon arriving to CULP, we learned that our mission was to teach English at a local private school, Jetegemee, for young children whose parents either served in the military or were government officials. We began to plan fun games and English lessons that would suite this age group. When we arrived, we realized that we were extremely under prepared and all of our prior assumptions had been wrong. We walked into a class of 19-20 year olds learning advanced chemistry and courses of the same difficulty who spoke proper English. We quickly had to adjust our lessons and began to compare our two cultures. Talking to students around the same age as us and comparing the United States to Tanzania was the most beneficial part of our mission to understand their culture. We compared politics, gender roles, government structures, military structures, foreign trade partners, imported good and exported goods, music, food, sports, the list goes on. We sat in on some of their classes and realized that some of their high school equivalent courses were the same as our college courses and they were taught in Swahili and English. At that point, realizing that we may not have anything we can teach them to maintain the professor’s lesson plan, we divided into groups consisting of cadets with similar majors and sat in on classes that resembled our majors to assist the professors. Toward the end of our mission, the United States Charge d’Affaires, Inmi Patterson, came to visit the school. We saw her interact with the head of education at Jetegemee and the professors and learned about her role as a representative of the United States. Jetegemee greeted her with a song and a dance, representing their culture and how they welcome others.

Outside of the classroom, we experienced the Tanzanian culture through markets, museums, food, a safari, visiting a deserted island, visiting Dar Es Salaam University, and had presentations on Ramadhan and the Massai Tribe. This is where I learned the most. We met locals and experienced their everyday life from working at their markets where they made everything inside, to learning about the library and the pride behind it at the university. We observed how people would wake up early and start selling their goods on the side of the street as traffic accumulated or how fisherman would leave on their boats at dawn and return only once they have caught enough fish for the day. We’d observe locals that have great pride in their nation and sweep the streets to keep it clean and they would describe success as a collective effort, not an individual effort.

As a leader in a time of war, we will be deploying. Experiencing a nation that is not as well off as the United States is a major culture shock and can be very difficult to adjust to. Being able to have those experiences prior to those deployments are extremely beneficial to not only the mission but to the soldiers we will lead as well. A leader in culture shock will is unable to perform his or her job to the best of their ability and will be struggling to adjust; a leader who knows and understands different cultures will easily be able to adapt to lead their troops in a diverse situation. Leaders need to be able to have empathy and the interpersonal tact to connect with leaders from foreign nations while being able to influence them. We need to be able to walk into a room full of people that may not speak the same language as us and still have a command presence; CULP gave us that opportunity to practice and experience to adapt to it. 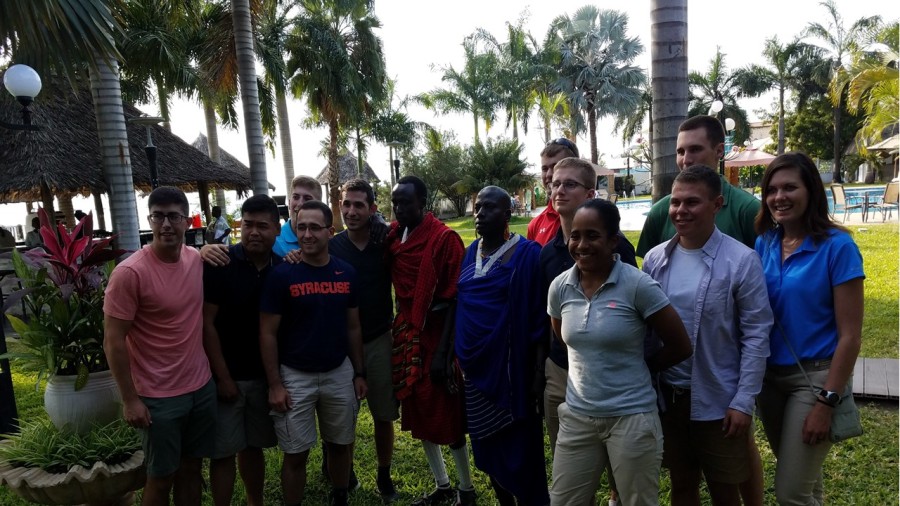 The Cultural Understanding and Language Proficiency is by far one of the most rewarding and humbling opportunities ROTC has to offer. Being able to confidently walk into a room with fifty to sixty people of a different culture and start up a conversation is not something that I was comfortable with doing at all prior to the Tanzania mission. Toward the last week of the mission, I was extremely comfortable in doing so while greeitng them in a different language (Swahili). My first days walking around the markets or driving down the streets I was nervous and a little uneasy, but toward the end I was comfortable and it felt normal to drive to school and walk around. Having someone hold my hand after a hand shake or put their arm around me was not something I liked during the first week, but at the end I was holding hands and putting my arm around someone I was talking to. Once I understood the differences between their norms, values and culture, it was easy to embrace the Tanzanian culture and find things in common to talk about. Having not gone on a CULP mission, I would find it very hard to embrace and understand other cultures especially if I was deploying. Now that I understand how different cultures can be and how to find the common ground between two cultures, I can confidently lead my future troops into an unknown area with the experience and knowledge I collected on my CULP mission to Tanzania.